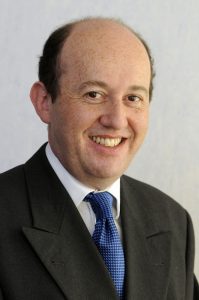 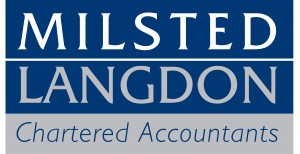 Bitcoin and other crypto-currencies are featuring ever more commonly in family finance cases, posing new challenges for professional advisers.

Recent cases have seen one partner suggesting that crypto-currency has been used as a means to hide assets.

In theory, the court has the power to make Search and Seizure orders so that digital forensic specialists can access relevant computers and search for evidence of cyber-currency transactions in files, emails or browser histories. However, such orders are expensive and difficult to obtain. Applicants can find themselves in a Catch-22 Situation in which they need access to the computers before they can get their hands on the evidence that is needed to support the application for the order for them to be seized and searched.

The courts will not be prepared to allow parties to undertake a “fishing exercise” and compelling evidence will, therefore, need to be adduced to support the contention that it is reasonable to believe that crypto-currency assets may not have been disclosed – mere suspicion will not usually suffice.

Furthermore, once an order has been made, the party benefitting from it will have to give careful consideration to how best to enforce it and to obtain physical custody of the computers or digital records in question.

Another option worth considering is the appointment of a court receiver who can be given extensive powers to take control of assets of all types, but even a receivership will not be a panacea to the problems raised by virtual currencies.

Matters are further complicated if one considers questions of jurisdiction. Imagine an amount of cyber-currency that is held in an e-wallet on an individual’s iPhone.
Now suppose the individual has two phones, both with a copy of the e-wallet, one of which is in England and the other in the United States. Is the currency in the UK or the US or both? There is probably no right or wrong answer to this and, even the simplest issues, such as legal ownership, are difficult to apply to virtual currencies.

For example, it is generally the case that ownership of a crypto-currency arises by virtue of knowledge of what is called the “Personal Key”, which is simply a number with a large number of digits.

Although in some ways crypto-currency presents unique challenges, it is important to reflect that it is in many ways similar to any other asset, be it gold bullion, cash or investments.

For that reason, from the perspective of a forensic accountant, it should be no easier or harder to track down than cash. In most asset tracing cases, investigating accountants will start by finding the connection between the person and the asset.

No matter how cleverly masked, there is usually a money trail that starts with the withdrawal from a bank account that funded the original acquisition of the undisclosed asset or cyber-currency.

Matters become much more complex however when assets are bought for an individual by a third party to mask its purchase.

In the past it was common for unscrupulous business-owners to offer “discounts for cash”. Nowadays withdrawing or depositing large sums of cash causes suspicion but that is not necessarily the case with cyber-currency transactions.
In theory a business-owner might offer “discounts for Bitcoin” or some such incentive to build up a stockpile of valuable crypto-currency that could remain hidden from a spouse or from HM Revenue & Customs (HMRC).

In cases such as these, transactions are typically traced not by following a money trail but by undertaking electronic searches of communications between the individuals suspected of collusion. Once again, the challenge will be to persuade the court to grant what will inevitably be considered draconian Search and Seizure orders.

In some cases, such as Monero, digital currencies are purposefully designed to avoid tracking, while in other cases exchanges are located in jurisdictions outside of the law of England and Wales, making discovery and recovery even tougher.

“Criminal underworld”
It is easy to see why in recent years these forms of digital currency have become popular with the criminal underworld and why so many Governments and organisations are exploring new ways of regulating these systems. They tend to be torn however between a desire to restrict illegal activity and a desire, especially in the UK, to foster innovation within financial markets.

Crypto-currencies may have a reputation as being the preserve of those seeking to undertake illegal activity but the Blockchain technology that lies behind it is likely to become an ever-more common feature of commercial transactions. Online retailers, for example, would like nothing more than to be able to transact with customers using a currency that enabled them to circumvent the banking system.

Ironically, despite its association with secrecy, the Blockchain basis of crypto-currency means that in some cases it can be traced more easily than cash. If someone gives me a twenty pound note I have no way of telling where it came from. By contrast some cyber-currencies come with a built in audit “trail”.

Another important consideration is the volatility in the crypto-currency world. The wide variation in the value of Bitcoin has been widely reported and it is quite possible that during course of the divorce process the value of cyber-currencies could vary far more than other, more stable assets.

A final complication is that, if the marital assets include crypto-currencies, consideration will need to be given as to whether they are subject to a latent tax charge. The tax rules governing cyber-currencies are far from straightforward but in essence there are three possibilities. Depending on the circumstances cyber-currencies can be subject to income tax, capital gains tax or can even be exempt.

Where a wallet or pool of crypto-currency is discovered, or its existence is suspected, during divorce proceedings it is vital that legal advisers act quickly and work with forensic specialists to ensure that there is full disclosure and that appropriate steps are taken to preserve any assets that may be in jeopardy.

Finally, if there is evidence that cyber-currencies have been used to evade tax, the risk of unforeseen tax liabilities and penalties needs to be carefully considered.