Difficult decisions: the standard of proof in the SDT 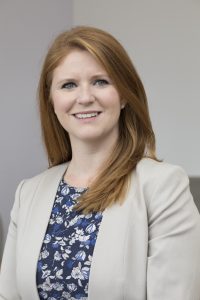 Emma Walker is an Associate Solicitor at Leigh Day, working in the firm’s Regulatory & Disciplinary team. For over 3 ½ years, Emma worked as part of the team responding to the SRA’s investigation and prosecution of Leigh Day.

In September 2018, Leigh Day launched its own Regulatory & Disciplinary team, in order to advise and support others with their compliance, regulatory and disciplinary needs. Emma forms part of that team.
Read the team’s insights and updates online, via Twitter, or on LinkedIn.

In July 2018 the Solicitors Disciplinary Tribunal (“SDT”) launched a consultation that asked whether it should change its rules to allow for the civil standard to be applied to cases it hears. At present, where the SDT is acting in a fact-finding capacity, cases are tested to the criminal standard of proof.

The debate on which standard is appropriate to regulatory decisions boils down to a balancing act between the risk to the public and the risk to individual solicitors. Is it in the public interest for a solicitor be exiled from the profession if it is more likely than not that they have done something sufficiently wrong to warrant it, but where there is still reasonable doubt? To put it a different way, does the need to protect the public demand that a solicitor is sent out of the profession where the SDT thinks the solicitor has probably done something seriously wrong, but isn’t sure? Arguably, this is putting it in overly broad terms and so it is worth looking at the situation in closer detail, to better understand the implications.

For more than a decade, the mood has been trending towards the adoption of the civil rather than the criminal standard of proof in regulatory decision-making. By 2010 and in the wake of the Shipman Inquiry, medical regulators that had been applying the criminal standard made the move to the civil standard. From 2010 onwards, the SRA started to use its newly enhanced disciplinary powers and opted to use the civil standard, enshrining its approach in the SRA Disciplinary Procedure Rules 2011. CLICK TO READ MORE