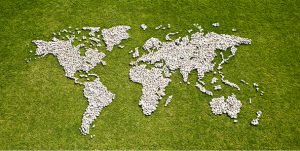 Many law firms now not only have dedicated pro bono departments, but also engage in pro bono in other jurisdictions. Broadley speaking, pro bono is the provision of legal services to individuals or groups who do not have the means to seek redress for violations of their rights. Violations of human rights are now able to affect every member of the global community, and globalization facilitates human rights problems. Consequently, there is a global language of morality which includes the concern for justice, which inevitably extends to a discussion over protection of human rights.

To assist barristers and solicitors, who are engaged in transnational pro bono, we suggest that the Universal Declaration of Human Rights (UDHR) can act as a supplement to the professional codes of ethics. The UDHR, which is a non-binding instrument, is aimed at the creation of universal rights via a globally accepted moral guide for governments. Despite its limitations (e.g cultural relativism) the value of using the UDHR in global pro bono practice is that it reflects on common and universal values of social justice. Professional codes of conduct, on the other hand, are jurisdiction specific and reflect the moral view-point of a specific jurisdiction. Embedding the UDHR within the professional codes of conduct will allow for reflection on the legal aspects of transboundary challenges such as climate change and Covid-19. The contents of the UDHR have been elaborated and incorporated into subsequent international treaties, regional human rights instruments, and national constitutions and legal codes.

However, there is still the important issue of developing cultural competence when engaging in transnational pro bono work. In other words, is there a method communicating with clients in ways that transcend cultural and linguistic barriers? One method which we have developed is through common understanding using the UDHR. This approach involves three steps: 1) the lawyer must be objective and cognizant of any bias towards the client; 2) because each client is different, the lawyer needs to take these differences into account; and 3) to apply the UDHR values consistently in order to facilitate access to justice for every client. These three steps can help ensure that a lawyer is acting in the best interest of their client by not only treating the client as the primary decision-maker, but also communicating effectively with the client as per the requirements of access to justice as a human right.