The Legacy of Coal Mining 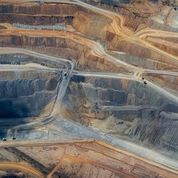 Looking back through history, UK coal production was around 70 million tonnes a year in the mid-18th century and grew to a peak of just under 300 million tonnes by 1913 according to the UK Government figures.  Residential use of the fossil fuel has however largely ended and just eight million tonnes was reportedly used by UK industry in 2019, with only two million supplied from UK sources.

Today, UK mining has virtually stopped, having fallen from 3,000 mines at the peak to just 13 now, with coal representing approximately five per cent of overall annual energy usage.

From the heights of the industrial era, coal production instead leaves behind a significant and long-lasting legacy.  Ground stability poses a real hazard for properties located over or even near mine workings for decades to come and is important to consider when transacting properties.

In 2019*2, almost a quarter of all residential property transactions were located in coal affected areas. On top of this, over 10 million properties across GB are said to be located in a coalfield area, meaning lawyers have a duty of care for clients – and the lender if a mortgage is involved – to ensure related risks are investigated, to limit future claims against professional indemnity.

I spoke to Phil Huddleston MRICS, a Director of PinPoint Coal Ltd and former Head of Mining Information at the Coal Authority to discuss what lawyers need to consider when undertaking ground stability due diligence on property transactions:

“Mining coal below the ground can cause subsidence. With deep mining this lowering of the surface takes place over a relatively short period of time. This can manifest itself as tension or compression strains resulting in damage to buildings or quite simply a lowering of the surface and no damage at all. Shallower workings do not consolidate in the same way and the impact of these can continue for much longer, representing a continued present-day risk.

“Looking specifically at Bristol and Somerset coalfield, what we have here is a very old and long serving coalfield. Here, we have examples of mining dating right back to Roman times and with production finally winding up by the early 1960’s.

“Although the mining has stopped, it has left behind lots of potential problems that home owners and developers need to be aware of.

“For example, old mine shafts have the potential to collapse causing sudden and severe damage, or old shallow workings can collapse causing crown holes at the surface and resultant subsidence damage.    With the extent of mining in Bristol, the area is not immune to these risks and so makes coal mining relevant today.

“What is important to note that the area affected at the surface by mining activities is much greater than the area of coal itself, which people are often unaware of.  We call this the ‘Zone of Influence’ (ZOI) and determining the ZOI is a complex three-dimensional calculation based upon the depth and slope of the workings, together with the surface terrain.

“Due to the multiple angles, directions and depths often involved, it is not sufficient to simply create a ‘buffer’ around a mine. These complex calculations are important and take into account a huge amount of data, which enables us to assess related ground stability risks with a very high degree of accuracy.”

Obtaining a Coal Mining Report enables prospective purchasers to be made aware of the risks and in this particular case to see whether there is any history of damage – including where a claim has been made, or even been rejected.

The new Landmark Coal Mining Report – powered by PinPoint – provides all the standard answers required by the Law Society together with (as appendices) additional information about mine entries and claims when they are reported. The reports are supported by professional opinion from Chartered Minerals Surveyors.

While coal mining may be largely condemned to the history books, its after-effects leave behind a lasting legacy that certainly means it shall not be forgotten, and cannot be ignored.